Celebrating the launch of an Interactive Storefront TV Window Display at London’s Selfridges flagship store. With added audio to complement the visuals. Music and sound effects direct from the window itself.

In order to attract the attention of more passers-by, Freehand converted the store windows into speakers. 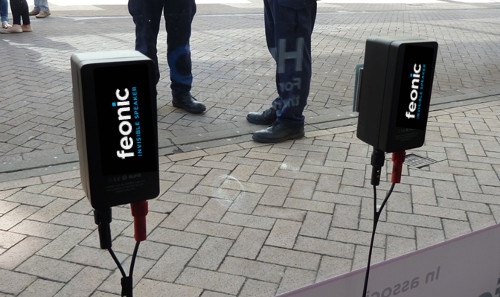 Uniquely, only Feonic’s Whispering Window can meet this requirement. The current video walls preview exclusive work by some of the featured artists who have been involved in the Britain Creates project. By integrating Whispering Window, the entire window becomes a speaker. Meaning passers-by are able to hear, as well as enjoy watching, the interactive visual display.

Commenting on the project, Mike Fabian from Freehand said,

“With the store wanting to engage passers-by, we were keen to design an interactive display that would attract as much attention as possible. Having used Feonic’s Whispering Window audio equipment in the past, we knew that this would work well in projecting sound externally, yet without impacting the visual element of the work on show. It’s going down a storm and is a great way of adding an interactive dimension to any window feature.” 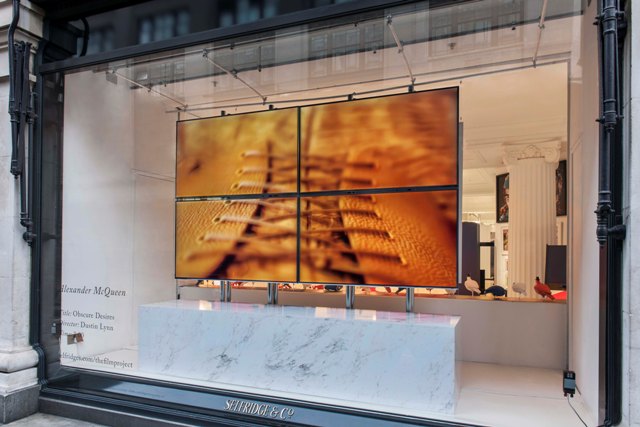 “Our legendary windows are currently previewing exclusive work by several artists involved in the ‘Britain Creates: Fashion & Art Collusion’ project. The team at Freehand have managed the full audio visual technology requirements for the displays. Including using Feonic Whispering Window audio equipment to attract greater interest from people outside of the store. It has been extremely well received. It is amazing to see the number of people that are attracted to the display by the sound first, and then by what they consume visually.
It’s a great spectacle.

Concluded Brian Smith, Managing Director of Feonic Technology, “Independent research shows that Whispering Window technology  increases footfall and sales revenues by as much as 40% during the first week of a campaign. Illustrating the impact this technology can have in creating an immediate wow-factor.
We are pleased that Freehand has supported Selfridges in creating an interactive display using our audio equipment for the British Fashion Council’s project. We are confident it will help turn many more heads during the course of the campaign.”