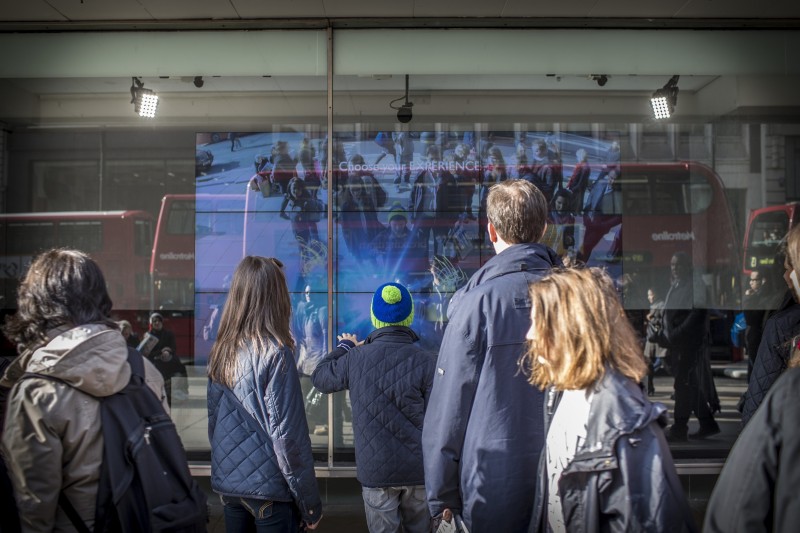 John Lewis launches an impressive interactive window display at its flagship Oxford Street store and its Peter Jones store on Sloane Square London, designed to support a state-of-the-art campaign that promotes the retailer as the place to experience the latest Smart TV technology.

The ‘BEAUTIFUL – On or Off’ campaign, by the communications agency adam&eveDDB, will entertain shoppers and commuters with a memorable augmented reality experience. Audio-enabled using Feonic’s Whispering Window invisible speakers.

Break Down Barriers – Visuals inside Sound outside

Crowds go Wow. Storefront Window Performance. Audio inside and out by Feonic

The window displays showcase the innovation of Smart TVs, including the latest voice and gesture control technology. From Friday 12th April until 7th May 2016, people passing the stores will use the technology first-hand. And by integrating the Whispering Window technology, sound will be projected through the windows so everyone can hear what is being played through the Smart TVs.

The project is led by TRO Group;  specialists in experiential marketing, retail activation and live event services for national and international brands. The Feonic installation is managed by sound and communication specialists Orbital Sound, alongside event production company, EPMD.  The augmented reality component is designed by creative technology agency, Inition, with a strong focus on augmented and virtual reality and gestural interaction.

…use not only a visually captivating display that really captures the eye of passers-by, but the use of audio would really make heads turn.

James Barnes from TRO Group confirmed, “With the ‘BEAUTIFUL – On or Off’ campaign, John Lewis Group wanted to deliver something out of the ordinary, to make as much impact as possible.  We knew the best approach would be to use not only a visually captivating display that really captures the eye of passers-by, but the use of audio would make heads turn. It has been a pleasure to work on such a fantastic project that brings together cutting edge technology and design to deliver a unique consumer experience in an unexpected environment. Hopefully the public will be excited by what has been created for them.”

a fantastic level of engagement as passers-by can hear the music related to the display, but are not aware as to how the noise is being produced. It creates a great sense of illusion

Neil Keane, production manager of EPMD,“John Lewis and Peter Jones have worked with Feonic’s Whispering Window audio devices before and so we knew they would also suit this project.  Not only are they easy to install, but they create a fantastic level of engagement as passers-by can hear the music related to the display. But they are not aware as to how the noise is being produced. It creates a great sense of illusion.  The invaluable input from the technical division of Feonic has led to the audio performing exceptionally well on two of the most prestigious shopping streets in the world.”

Sales up by 40% with Audio from Whispering Window 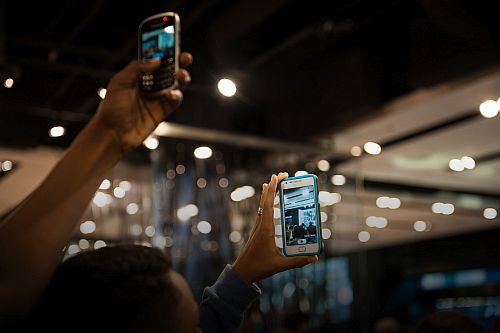 Concluded Brian Smith, Feonic’s Managing Director, “We are extremely proud to be once again supporting John Lewis and Peter Jones with a major visual merchandising display in its Oxford Street and Sloane Square stores.  Having previously undertaken an independent study into the effectiveness of Whispering Window at the Peter Jones store, it was identified that the number of passers-by who noticed the interactive window display, when audio is on, increased by 56% and sales of the on-show products increased by 40%.”